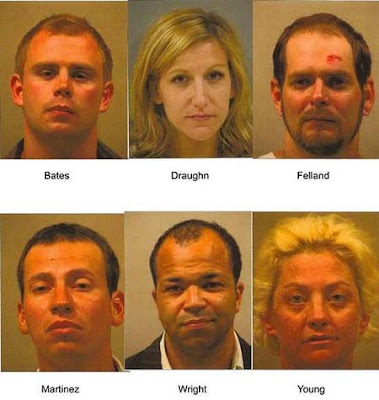 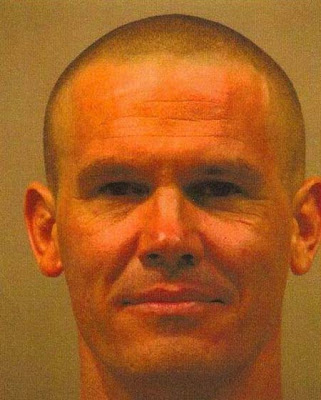 I am not an eloquent speaker and not a great writer but I can convey my opinions through my thoughts. I have heard one side and read the other and I do not want to pick sides in a story that should not even be getting a second look. Having said that, I do know this after speaking to the bartender who called the police and it seems that Jeffery Wright got way out of hand. It had nothing to do with a racial slur or because of his color but simply because he was being belligerent. The bartender who called the police was a female and she was being verbally abused by Mr. Wright. From what information I have gathered he was speaking to a bartender in a manner that was less than desirable and that he would not leave when she asked but instead he should call the chief of police because he would not leave until someone did. I heard also that he said words to the effect that he owned this city and he would not leave. This may be true and it may not be but when you are asked to leave a place of business and you do not you can be arrested. When the police arrived he was simply escorted out.

While this was going on another incident started with another bartender around the same time. Again, police were also called on behalf of the bartender needing assistance for a crew member being very unruly. Since the police were there for the first incident they had to get involved in the second. At that time another crew member had to be escorted out at about the same time. Once the people involved got outside things seem to get out of hand. This is where everything is very fuzzy but there are videos that will eventually clear those things up. I do know that there was pepper spray that had to be used and the dreaded taser. There is no reason to pick sides because eventually the tapes will be released and then anyone can form their own opinion.

I do not personally know Jeffery Wright or Josh Brolin but I do take offense to Brolin blaming the city of Shreveport as a whole. How is it a cities fault because he was arrested or got into a confrontation with the police? When he was arrested for spousal abuse in Los Angeles would it have been fair for him to blame the Los Angeles police? Everyone is responsible for his or her own actions. He was after all in a bar late at night drinking with other patrons who were drinking. I have spent many years hanging out in nightclubs and bars and I have seen my fair share of fights sometimes starting out of nothing and sometimes with good reason. It has nothing to do with Louisiana or Shreveport; it has to do with right or wrong. I do know that someone struck an officer or put their hand on one, so I can see where it would get out of hand. I know that the police do not take lightly assault and if you put your hand on an officer you are in violation of the law and you should be arrested. You have no right to ever put your hand on an officer and that is it. I know that if you are not in an incident with an officer and you interfere, even just talking to one during an incident may land you in jail too. All of these people had the opportunity to not get involved. Jeffery was escorted outside which would have been just that, an exit. The officers would have just told him to move along and not come back because he was not welcome. At that point the whole thing probably would have been over. For some reason because two people were asked to leave some 7 people got involved and ended up in jail. Really you can always point fingers but after your first drink you are at fault for anything else that goes wrong. If an officer asks you to leave, stop talking, step away or anything else you can be arrested if you do not. After you take that first drink you are now a person drinking in a bar and most likely have impaired thoughts and actions so you now really have no grounds to have any kind of confrontation with anyone for any reason without consequences.

As I said before you can not blame a city for your short comings. You also can not blame a bartender who is doing their job when they ask you to leave and you don’t. You do not have the right to be in a place of business, it is a privilege and they have the right to ask anyone to leave at anytime. After the dust settles on this minor problem, the truth should be told. A video on YouTube is worth a thousand words and anyone at that point will be able to form their own opinion. I am sure that their could have been a better outcome of this if there was no star involved. Please don’t blame the city for which you are in when you get arrested, go back and blame yourself. Maybe the police department could have handled it differently but also if someone would have left when they were asked there would have been no arrest. Every city has over zealous police officers and every city has their own laws that govern its people and businesses. Let both sides tell their story and then and only then form your own opinion to this minor incident which would not be a big deal at all if Brolin would stop answering every reporter who asks him about this incident.

Louisiana and Shreveport welcome the movie industry with open arms. It has been a blessing for this State. Just because a few people got into trouble for something it does not mean that we do not welcome the industry. There are thousands of employees in film that never have been in trouble and love filming here. Every week in Los Angeles stars get arrested for DUI, public Drunk, assault, murder and we do not give it a second thought but because a star is arrested in Shreveport for a mister meaner the whole city is corrupt and should be punished. Give me a break, it is a minor offense and again let the tapes come out and please form your own opinion if you even really care. Leave the acting to the actors and the policing to the police and we all can just get along.
Posted by Christopher Moore at 7:45 AM

"even just talking to one during an incident may land you in jail too."

... my favorite quote from your comments...

Kinda' sums up the entire attitude of "Law Enforcement" "I serve the Law" Jackboot Johnny doesn't it?