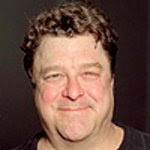 Posted by Milena Merrill, Nola.com
December 10, 2008 10:55AM
John Goodman stars in Alabama Moon, seen filming around town -- mainly on the North Shore -- wraps mid-December 2008.Local production is winding down for the holidays, with "day play" available on some of the productions contained in this month's job roster from the the Louisiana Department of Economic Development. The hottest gig to get on in January 2009 is HBO's Treme that is currently seeking crew only for this music-based series. Fax your resume directly to HBO at: (410) 986-0029. Faulkner McLain Entertainment's John Goodman-starrer, Alabama Moon, mostly shot on the North Shore wraps shortly while Bullet Films posts an all points bulletin for crew and post production personnel.
Posted by Christopher Moore at 4:15 PM