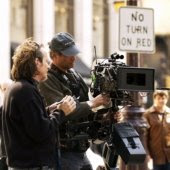 The Movie Biz
By Lauren Streib, 12.10.08, 01:00 PM EST
Hollywood has found new filming hubs in these urban locales. But the battle for the industry's business is expensive--and wasteful.
What do the upcoming feature films The Curious Case of Benjamin Button, Hurricane Season and Final Destination 4 have in common? They were all filmed in New Orleans, La.
New Orleans was home to 20 film productions in 2008--up from 15 in 2007--with budgets totaling around $275 million. The city estimates that half of that sum was spent locally.

Fifteen hundred miles away is another regional center for film production. In 2008, at least 22 films were created in Albuquerque, N.M. Those productions, which include future big-budget releases Terminator Salvation and The Men Who Stare at Goats, earned the city $130 million.
It isn't art driving the decisions. It's commerce. "It used to be 'What does your city look like?' and now the first thing out of [producer's] mouth is 'what's your incentive?' " says Richard Moskal, director of the Chicago Film Office. "It's made us all very aggressive in our race to be the cheapest place around."
Adds Jennifer Day, the director of New Orleans Office of Film and Video: "The reasons these movies are here, bottom-line, is the incentive package."
But as the recession is fast eroding budgets for projects like roads and schools, many states may come to question how much states are getting in return for their largesse. The entertainment industry is seen as a huge boon to local economies, since productions offer everything from employment for local crew, extended says at nearby hotels and an immediate influx in population to support restaurant and retail businesses.

U.S. states have tried to take advantage of this fast and glamorous cash source in recent years by establishing tax credits and rebates to filmmakers who film in their state. Ten years ago, there were less than a handful of states that offered monetary incentives for filmmakers; now there are 43.

The cost for such competition is getting steeper, however, and the returns are questionable for some locales. Louisiana spent $76 million in revenue in 2007 from film credits, says the governor's Office of Film & Television. According to recent comments by chief economist for the Louisiana state legislature Greg Albrecht, about 25% of that was replaced with state tax revenue generated by the industry. Nonetheless, "We're in it for the long haul," says Chris Stelly, Louisiana's film commissioner.
Michigan, with the highest tax credit percentage at 42%, will receive an estimated $17.9 million in new taxes from the film incentive for this year. The state will net a $110 million loss this year from their credit initiative, a figure which will likely double in 2009, even as the state's budget deficit is expected to reach $600 million. The state's program offers tax credits for non-resident labor and has no cap on the amount of credits it can sell.
Dugg on Forbes.com

"You can be smart or you can be overly aggressive and be short-lived in this industry as a state film commissioner who wants to build up an infrastructure," says David Hutkin, a deputy managing director at Imperial Capital Bank who specializes in film financing. "Michigan is biting off more than they can chew. I get why they're doing it, I just don't think they can afford it."
For state revenues to benefit from film production, the rebates and credits offered need to be at least equal to state and sales taxes that negate the outflow of money. But states count indirect spending from tourism, increased revenue to low-income areas and building valuable infrastructure among the indirect monetary benefits to justify the losses. As well, the states are trying to fend off the threat of runaway productions, or projects that relocate to Canada and Europe in search of cheaper costs. This posed a greater risk before the introduction of the incentives.
The fiscal initiatives are more dangerous to state budgets now, as Hollywood has been forced to become increasingly money hungry. Lenders are more conservative, the foreign resale market is softer and traditional funding markets are drying up. State inducements are uniquely valuable as a form of soft money that can finance a film. While large productions inject large sums of money in short periods of time, it's unclear if the accompanying large economic concessions are really worthwhile to the states.
Some states are cutting back. Rhode Island put a $15 million cap on credits, and Florida cut the governor's film office budget by 80%. Indiana Gov. Mitch Daniels vetoed legislation offering 15% tax credit, but the state legislature overrode his veto. A recent legislative effort to cap the amount of credits Michigan gives at $50 million was unsupported.
"Film production is the economic flavor du jour right now but I don't know that it's such a good fit," says Eric Witt, director of media arts development for New Mexico's governor's office. "If you don't have the infrastructure, it's just money flowing out of your economy."
Posted by Christopher Moore at 1:55 PM