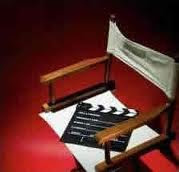 
LOS ANGELES - In the upcoming movie "Battle: Los Angeles," L.A. represents the last stand for humankind in a fight against invading aliens.

The action-packed film, however, was mostly shot in the other LA: Louisiana.

Having Baton Rouge and Shreveport stand in for Santa Monica, Calif., and L.A. might seem as preposterous as aliens attacking the city.

But several factors drew filmmakers to the Bayou State, chief among them a generous film tax credit.

"Obviously, the tax incentives were huge," said Jonathan Liebesman, who directed the $75-million film from Columbia Pictures, which shot 13 weeks in Louisiana in late 2009 and received a tax credit of nearly $15 million. The movie, which stars Aaron Eckhart and Michelle Rodriguez, premieres Friday.

Louisiana offers a film tax credit of up to 35 percent of production costs, whereas California's program provides a maximum credit of 25 percent and excludes movies with budgets above $75 million. Louisiana officials also offered something L.A. officials couldn't: shutting down a freeway overpass for 30 days to stage a massive explosion and gun battles.

"The kind of movie we were making, we really needed to be able to shoot in locations that would have been impossible to shoot in L.A.," producer Neal Moritz said. "I could never have shut down the 405 or the 10 for weeks like we did in Louisiana."

"Battle: Los Angeles" is the latest and perhaps the most embarrassing example of how L.A. has been losing feature production to more than 40 states that offer more attractive film tax credits and rebates. While on-location filming activity in L.A. County climbed 8 percent last year, it was down 62 percent from its peak in 1996, according to FilmL.A. Inc.

Louisiana was one of the first to adopt generous film tax credits in 2002 and remains the busiest hub for production outside L.A. and New York. Last year, $674 million was spent in the state to make about 100 commercials, TV shows and movies, including the Peter Berg-directed film "Battleship" and "The Twilight Saga: Breaking Dawn." That was up from 70 projects and spending of $361 million in 2009. Beyond attracting films, the state has also built up its own industry, with 15 soundstages and enough workers for 10 film crews at once.

"We're in a fortunate situation because we're one of the oldest and most stable tax credit programs in the nation, and we have a really diverse landscape," said Christopher Stelly, who heads the state film office.

"Battle: Los Angeles" was among the largest features to be shot in the state. With a crew of about 200 people and 3,000 extras, the film contributed about $46.5 million in spending to the state, Stelly said.

Except for the movie's opening sequences at Camp Pendleton and the alien beach attack in Santa Monica, 90 percent of the film was shot in Louisiana's capital, Baton Rouge, and Shreveport in the northwest part of the state. Several large sets, including a replica of a Santa Monica apartment complex, were built in Baton Rouge. The state Capitol filled in for City Hall in downtown L.A., and the historic neighborhood known as Spanish Town doubled for Santa Monica and Venice.

Using green-screen technology and computer-generated effects, scenes filmed in Louisiana were combined with digital aerial photos of the Southland to create the illusion that all of the action was taking place in L.A. The crew also placed palm trees where needed to look more like Southern California.

"We felt we could conceal a lot of locations and get away with it," Liebesman said.