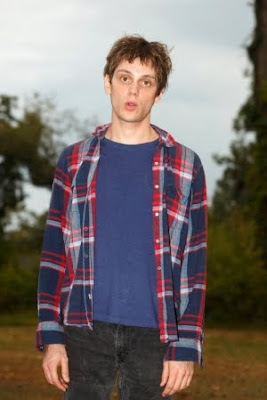 No, it's not some sick political slur. It's a movie title, and it was filmed right here in Louisiana.

Andrew Drazek created this movie in November 2008 along with his friends Jordan Kessler and Ted Beck. The three had always wanted to create a movie together. They had been friends for years and were already fans of each other's work.

Upon moving from Los Angeles to Louisiana, Drazek said he fell in love with Louisiana's natural beauty and culture. The original script used a suburban area as the setting, however, another producer, Brent Caballero, suggested they film at a friend's camp on Lake Verret. Drazek was hooked on the idea.

The filming process was "a great example of independent filmmaking." Drazek explains, "We had two weeks to shoot, very little money, and much of the cast and crew were friends of mine. Shooting on such a small budget and brisk schedule can often make the finished product look cheap and thrown together but everyone involved believed in the script and banded together."

After filming was complete, Drazek took to his bedroom for the editing process.

The film has received enormous recognition, screening at eight film festivals in the United States and Canada.

"Audience members of all ages enthusiastically responded to its dark humor and insightful commentary on relationships and sex. It was at Slamdance (film festival) that the movie was picked up by a distributor who quickly changed the title and put a scantily clad woman on the DVD box who I've never met."

Drazek says that his film isn't to be confused with "National Lampoon" or "American Pie" type movies.

"It's equally raunchy and poignant, hilarious and heartbreaking, with side-splitting dialogue, amazing performances by an ensemble cast, and an unforgettable climax.

It's an excellent visual representation of love and life. Oh, and yet another reason Louisiana is steadily becoming the Hollywood of the South.